Twelve artists participated in ANAT’s fifth National Summer School in Computer Aided Art and Design, held at Curtin University in 1994. Twenty-four years later we asked Alyson Bell for a still from her moving image work Here I Sit—inspired by a poem with the same name written by Sandy Jeffs—which she began working on there. Alyson replied:

“I didn’t finish Here I Sit at the summer school, but all the Super 8 footage you see in the film was the original footage I worked with at Curtin. I got to grips with what I could do with the technology and how I wanted the film to look … and most importantly I learnt motion graphics.

“For some reason we were unable to copy the work from the computer at the end of the course (in those days it wasn’t so easy with large files!) Then unfortunately, somebody at the university managed to wipe it completely … leaving me absolutely nothing to show from my time at the Summer School!

“Luckily though, a representative from the Australian Film Commission came to Curtin to see what we were doing, and I felt encouraged to apply to the AFC for funding to remake my film.

“The second attempt was a lot more sophisticated because I’d had more experience with the software by then, and the funding allowed me to employ a sound designer, and a cinematographer to shoot extra footage on 16mm, and to get assistance with editing, kine-ing to 35mm and so on.

“Losing the first attempt turned out to be a blessing in disguise, as the second version went on to be screened at film festivals all over the world, including the Venice International Film Festival, and back home it was nominated for an AFI award, and screened on SBS for International Women’s Day. Amazingly, Here I Sit is still doing the rounds – it’s recently been screened at a poetry festival, and will be shown in Paris (again) next month.

“The Summer School helped put me on a very interesting path: one where I could combine my interest in film and video (I’d just finished a postgrad course at VCA (Swinburne) Film & Television School) with my design background … at that time, this was really unique. 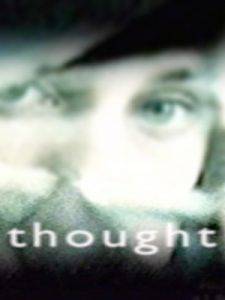