ANAT worked closely with Adelaide City Council and the Capital City Committee to develop Luminosity, a public art projection initiative that investigated themes of sustainability around the city. To kick off the project ANAT collaborated with Brisbane-based projection artist Craig Walsh to develop a masterclass program for SA-based new media artists.

Held over four days in June in an old ice-skating rink, the masterclass – run by Craig Walsh together with Stephen Thomassen from God Lab, Brisbane – focussed on a high degree of experimentation, encouraging participants to reinterpret the surrounding city through the projected image. Craig remembers:

“One of my first masterclasses and an early example of artwork exploring 3D projection in response to environments, it was the overall vision and commitment that ANAT and Adelaide City Council made to this project which still stands in my mind as a significant initiative. Luminosity not only gave access and opportunities to artists interested in exploring projection as a spatial medium, but also delivered one of the first temporal projection public art programs in Australia, and continued for several years in a number of different sites and commissioned works. I have very fond memories of a great group of artists full of energy and ideas!” 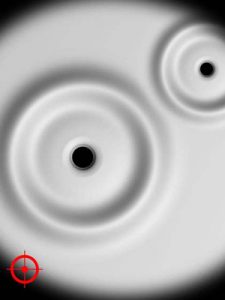