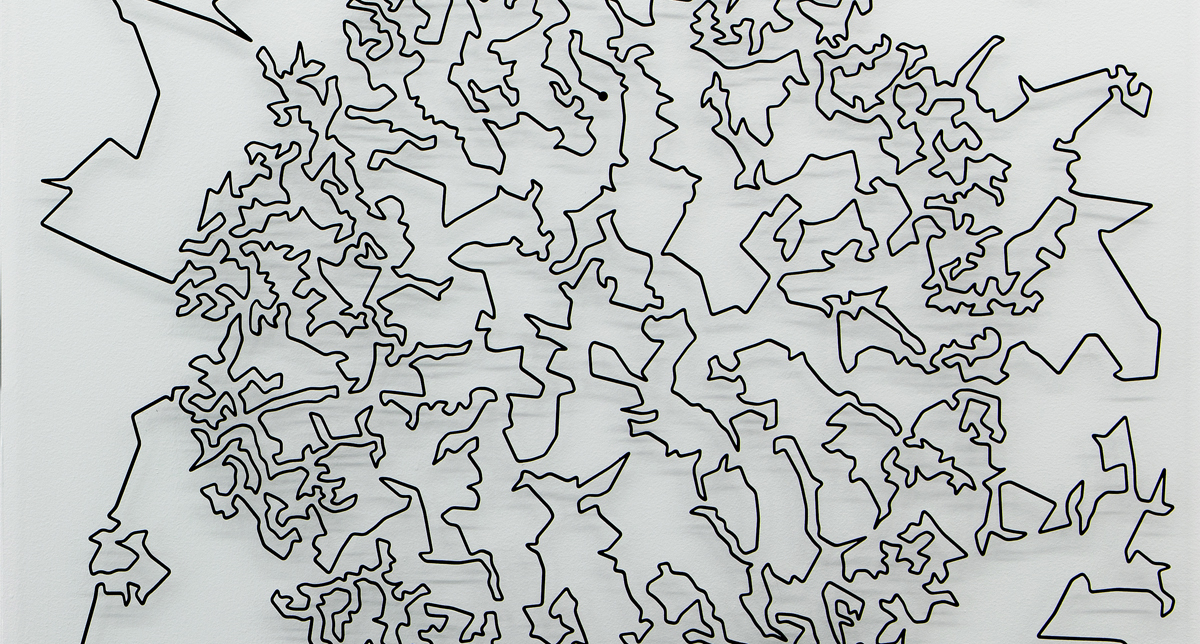 For the past 34 years from its home base in Adelaide, South Australia, the Australian Network for Art & Technology has been at the forefront of the global uptake of artists working with the science and technology sectors.

ANAT expedites experimentation and innovation across art, science and technology by identifying opportunities and delivering projects that enable artists to contribute meaningfully to Australia’s reputation for creativity, diversity and innovation.

ANAT is the early adopter of the Australian arts sector. We introduce artists to new experiences, with partners drawn from areas with limited exposure to the transformative power of the arts. We do the trial and error R&D so that others don’t need to. We channel experimental artists and those working with emerging forms into the broader arts sector.

ANAT understands that experimentation is the bedrock of innovation and that harnessing diverse perspectives and knowledge is central to Australia’s research future.

Collaboration is in ANAT’s DNA. We forge relationships across industry, academia, the community and government to create unique opportunities for artists. We deliver residencies, symposia, workshops and other professional pathways, supported by robust national and international networks.

The ANAT Board is responsible for ensuring that ANAT’s strategic vision and mission are actively connected to ANAT’s operations. The Board is supported in this by three subcommittees focused on Risk, Development and Human Resources. The Board is made up of duly elected members of ANAT. Additional members may also be co-opted within the guidelines of the ANAT constitution. 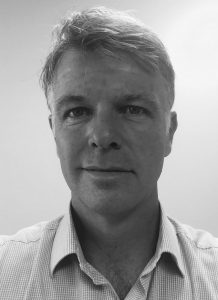 Michael works with international information provider LexisNexis. For a decade prior to that, he was senior manager at Sheahan Lock Partners, a multidisciplinary insolvency practice, focusing on forensic investigation and complex litigation. Before that, he spent 15 years working as a marketing and communications specialist in the performing arts arena, including time with the Adelaide Festival Centre, the Adelaide Festival of Arts and Australian Dance Theatre, and the Federal Department of Communications, IT and the Arts. 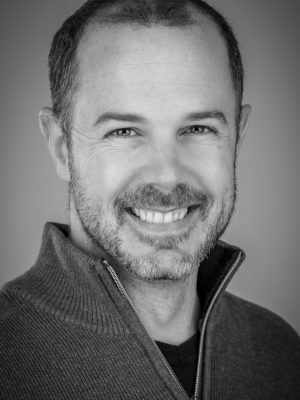 David has 23 years security and privacy experience and is currently independently consulting following on from his time at the Flight Centre Travel Group (FCTG) where David was the Global Chief Information Security Officer and Data Protection Officer. David was responsible for protecting information across FCTG, which consisted of over 40 companies across 100 countries. Prior to FCTG, David worked at BHP and a number of consulting firms and has significant national and international experience. 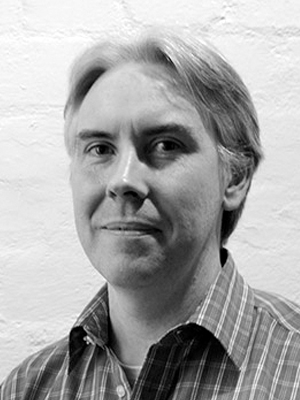 Chris is the Director of the Advanced Visualisation Laboratory at Swinburne University of Technology, having worked in Swinburne’s Centre for Astrophysics and Supercomputing for nearly 20 years. Chris is an interdisciplinary researcher who has actively collaborated with sports scientists and molecular biochemists, while also publishing works on fundamental astrophysics, computing technologies, and solutions to big data visualisation challenges in astronomy. Chris has an established history of arts/science partnerships, including hosting artists through the ANAT Synapse Residencies program. He was awarded a Victoria Fellowship in 2000 and was a co-recipient of the 2015 David Allen Prize for ‘exceptional achievement in astronomy communication’. 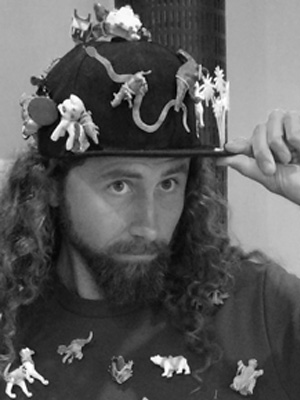 Brad Darkson is a South Australian visual artist currently working across various media including sound, sculpture, multimedia installation, and painting. Brad's practice is regularly focused on site specific works, and his current research interests include technology, surveillance, identity, ritualised human behaviour, and the neo-capitalist hellhole we're all forced to exist within. Conceptually Brad's work is often informed by strong ties to both his Narungga First Nations and Anglo Australian heritage. 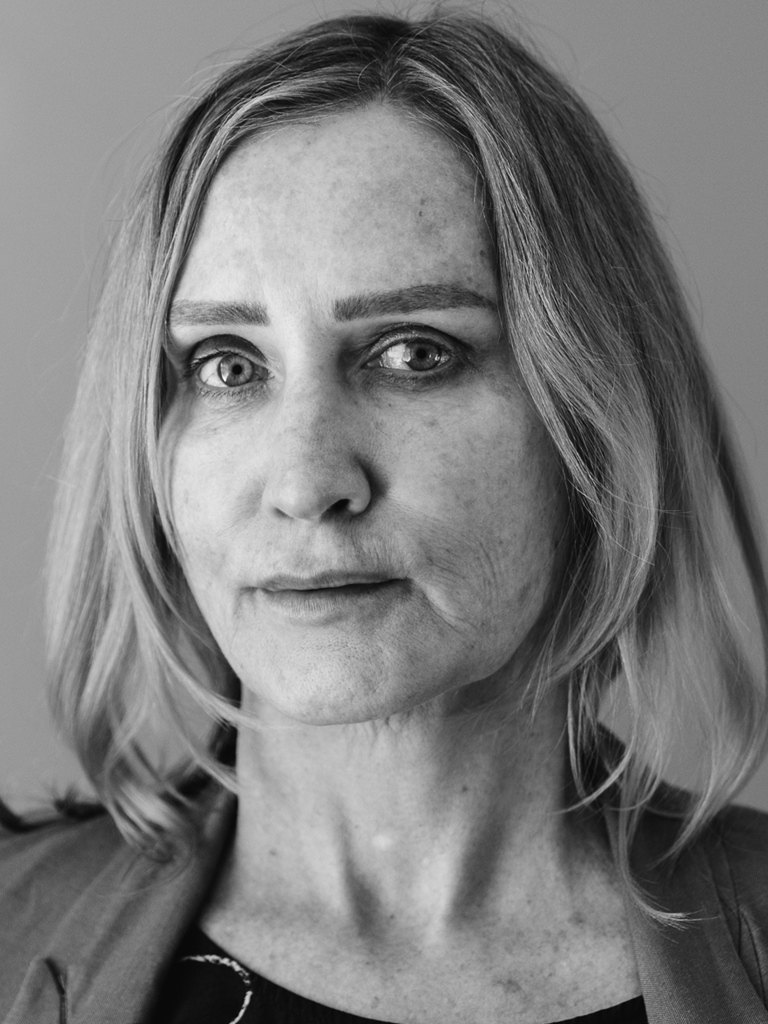 Melissa DeLaney has a long history of engagement at the intersections of education, art and cultural development, recreation, wellness, creative industries, and government. As a creative executive and drawing from a depth of experience, which includes directing organisations, programs and events, strategy as art, and making spaces for herself and others to connect and be creative, active and social.
Most recently Melissa has been working internationally as a senior executive with RMIT University in Vietnam. Her body of work in the creative industries includes leadership roles Ubud Readers & Writers Festival, Express Media, Eastern Riverina Arts, Booranga Writers Centre, Victoria College of the Arts Student Union and OPENChannel as well as creative projects with Federation Square, Festival of Live Art, Next Wave Festival, White Night Melbourne, Arteles (Finland), This Is Not Art and Critical Animals. 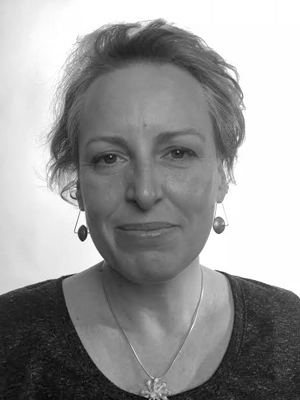 Erica is a visual artist and lecturer at the ANU School of Art & Design. Her interdisciplinary practice spans traditional and photographic print media and drawing to experimental digital platforms using frontier scientific visualisation software. Since 2006 she has been an artist and resident researcher at the ANU Department of Applied Mathematics and Vizlab, NCI, and was a 2010 Synapse Residency recipient. Erica’s PhD GROW: experiencing Nature in the Fifth Dimension was a practice-led research project investigating time-resolved (4D) micro-X-ray Computed Tomography through immersive stereoscopic digital projection installations and 3D printing. 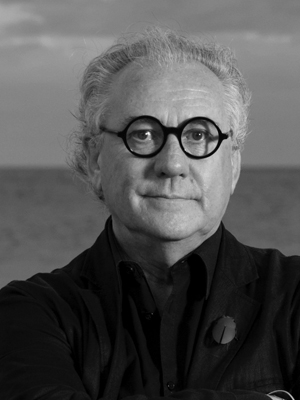 Ted is Chief Cultural Officer and Director of the Lawrence Wilson Art Gallery at the University of Western Australia. Over the past four decades he has made a significant contribution to the national arts agenda. A former Chair of the Visual Arts Board of the Australia Council, he is currently Chair of the Fremantle Biennale Advisory Board and a member of the board of the UQ Art Museum. He has published several books and has curated numerous exhibitions, many of which document the visual culture of Western Australia. Ted is a commentator on the arts for ABC radio and television and writes regularly for The Conversation online journal. The staff at ANAT deliver ANAT’s mission to engage with art, science and technology to enable and influence cultural, community and economic developments. Their experience, dedication and creativity, focused on a shared vision, ensure the success of ANAT’s ground-breaking programs.

Melissa DeLaney has a long history of engagement at the intersections of education, art and cultural development, recreation, wellness, creative industries, and government. As a creative executive and drawing from a depth of experience, which includes directing organisations, programs and events, strategy as art, and making spaces for herself and others to connect and be creative, active and social.
Most recently Melissa has been working internationally as a senior executive with RMIT University in Vietnam. Her body of work in the creative industries includes leadership roles Ubud Readers & Writers Festival, Express Media, Eastern Riverina Arts, Booranga Writers Centre, Victoria College of the Arts Student Union and OPENChannel as well as creative projects with Federation Square, Festival of Live Art, Next Wave Festival, White Night Melbourne, Arteles (Finland), This Is Not Art and Critical Animals. 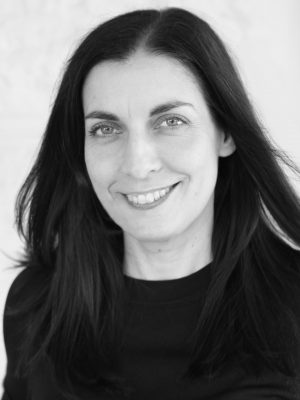 Jenn Brazier is a practicing photomedia artist with a Bachelor of Visual Art, majoring in Photography and Digital Imaging. She has worked in the arts industry for over 15 years across a broad spectrum of the sector, including as Gallery Coordinator at a commercial gallery, Honours and Postgraduate Officer at the Creative Industries Faculty Research Office at QUT and most recently as Public Art Officer at the City of Adelaide where she initiated the Art Pod, Emerging Curator and Soundscape Programs. Jenn originally began her career in the arts at ANAT back in 2004 as Membership & Administration Officer. In 2017, she returned as Program Coordinator to focus on the delivery of projects that enable artists to push the boundaries of creative experimentation. 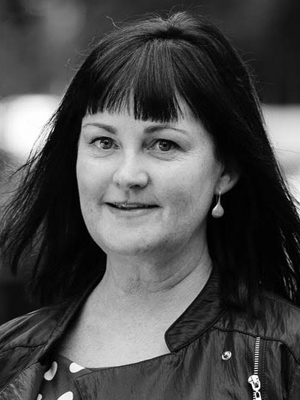 Guiding the development and delivery of ANAT’s audience engagement, marketing and storytelling, Carollyn Kavanagh is a communications strategist, designer and independent curator practicing on Kaurna Country. She completed a Bachelor of Design at the University of South Australia and a Masters in Curatorial and Museum Studies at Adelaide University. Carollyn was awarded the Emerging Curator positions at both Arts South Australia and the Adelaide City Council in 2014. Previously, Carollyn was a Senior Print Designer at Advertiser News Media and Communications and Design Officer with local peak body Guildhouse. 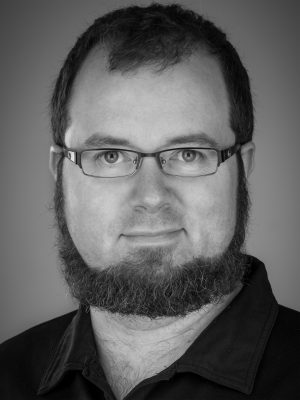 Steven Pickles, aka Pix, is a founding member of Hackerspace Adelaide. After getting a degree in Computer Science, he quickly fell in with the wrong crowd and spent a decade helping artists build interactive installations for the European new media art festival circuit. His work has given him a unique perspective on the relationship between technology and the arts, backed up by an enduring fascination with all things geeky. With a decade of experience, Dearna is a seasoned arts and events Producer who has worked across several cultural organisations in Adelaide including Adelaide Fringe, Adelaide Festival Centre and MOD. at UniSA. Hailing from the Kaurna and Narungga nations in South Australia, Dearna is passionate about creating opportunities and platforms which celebrate the intersection of art, culture and innovation.
Prioritising First Nations perspectives and understanding, Dearna has produced a diverse range of events and programs with and for urban and regional communities, including the opening cultural ceremony of the Adelaide Fringe Tindo Utpurndee, Desert Fringe in Port Augusta as well as music well-being programs for regional centres. 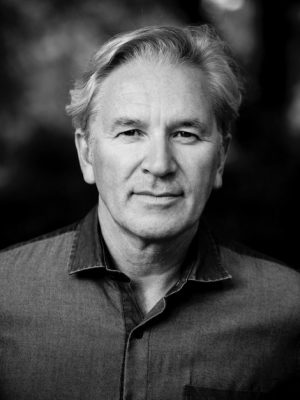 An award-winning artist, curator and thinker, David works at the intersection of performing, visual and media arts in Australia, Asia and Europe. He has developed a cross-disciplinary dramaturgy in which a central platform is engaging with artists across artforms and experts from social, scientific and academic fields. David’s work is notable for engaging publics in productive and provocative ways and his curatorial approach is an extension of his artistic practice.

He has initiated and curated an eclectic array of programs including the Brussels-based IETM-Australia Council for the Arts Collaboration Project (2009-2014); the interdisciplinary performance platform, Monsoon Australia (2015): the international art and ideas event 2970° The Boiling Point, (2015, 2017); the locative art series Hoteling (2016, 2017) and the futuring practice The Things We Did Next (2018-) co-curated with Alex Kelly. David is founding AD of not yet it’s difficult (NYID), one of Australia’s seminal interdisciplinary arts outfits. 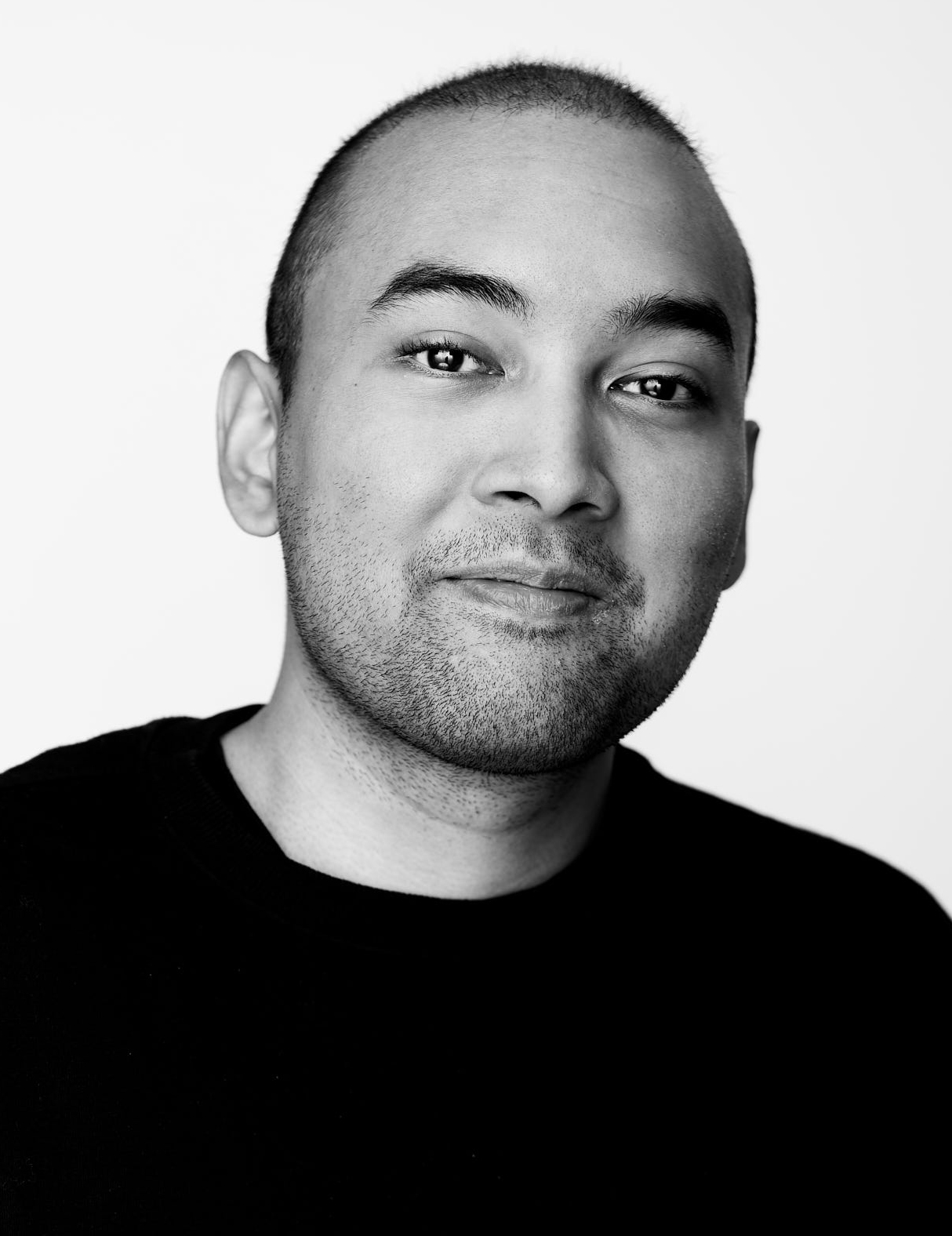 Aushaf is an emerging writer, researcher, and arts administrator from Indonesia. He provides support across ANAT’s many departments, including business operations, marketing & communications, and program development.
Having received a Bachelor of Urban & Regional Planning from Institut Teknologi Bandung and a Master of Cultural & Creative Industries from Monash University, Aushaf’s goal is to leverage arts and culture to create better cities and communities.
Outside ANAT, Aushaf is also working as a Research & Communications Assistant at Creative Economy Pty Ltd, a strategic advisory firm specialising in sustainable economic development and strategic development of cultural and creative industries. Previously, he has worked with Asialink Arts in the development of Regional // Regional, an initiative that explores arts festivals as an instrument of regional placemaking and branding, economic renewal, and social transformation.
Aushaf’s writing has been featured in multiple publications across the web, both under his real name and pen name Oswald Kyrre.