Having organised an Australian presence at SISEA in 1990, ANAT was chosen to host TISEA (the Third International Symposium on Electronic Art). The first event of its kind to be staged in Australia (and the first ISEA hosted outside The Netherlands), TISEA invited Australian artists—and their audiences—to explore recent developments in art, science and technology, and their impact on the evolution of culture.

TISEA revolved around two major themes. ‘Art and the Algorithm’ explored the critical role played by artists’ visual literacy in expressing and communicating esoteric data, while ‘Cultural Diversity in the Global Village’ highlighted the globally transformative impact of three decades of IT proliferation, and the role of artists in resisting the homogenising effects of the ‘global village’ and ensuring a future for the rich diversity of human cultures.

Stephen Jones’s film Artists in Cyberculture, shot during TISEA, examined the cultural, social and environmental implications of new technologies and featured many of the TISEA artists. 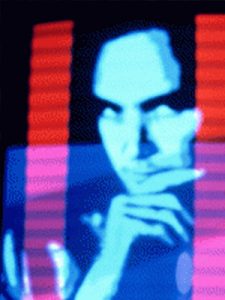