Following on from 2009’s Dome Project, Dome Lab 2010 – held at the University of Western Australia, Perth – was an intensive, strategically focused residential fulldome cinema workshop for mid-career filmmakers. Emphasising a trial-and-error approach that prioritised risk-taking and experimentation over ‘finished product’, Dome Lab brought together the world’s leading fulldome experts and their local counterparts in order to build upon WA’s existing creative and research capabilities and to ensure that Australian artists were at the forefront of developments in fulldome content production. 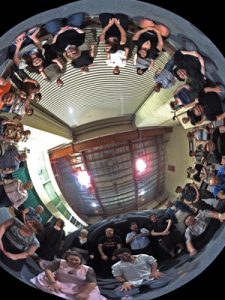