art + science + technology stories in the time of Covid-19

In the second half of 2020 ANAT is inviting a curated group of ten artists from Australia’s art + science + tech community to use the ANAT Instagram platform to share how their arts practice looks in the era of COVID-19. Artists are asked to provide content for the ANAT Instagram account, in the form of a series of Insta Stories across a single week. The content may take the form of video, sound, static imagery or a combination of these. Stories may share works in progress, inspirations found during isolation, making & experimenting. 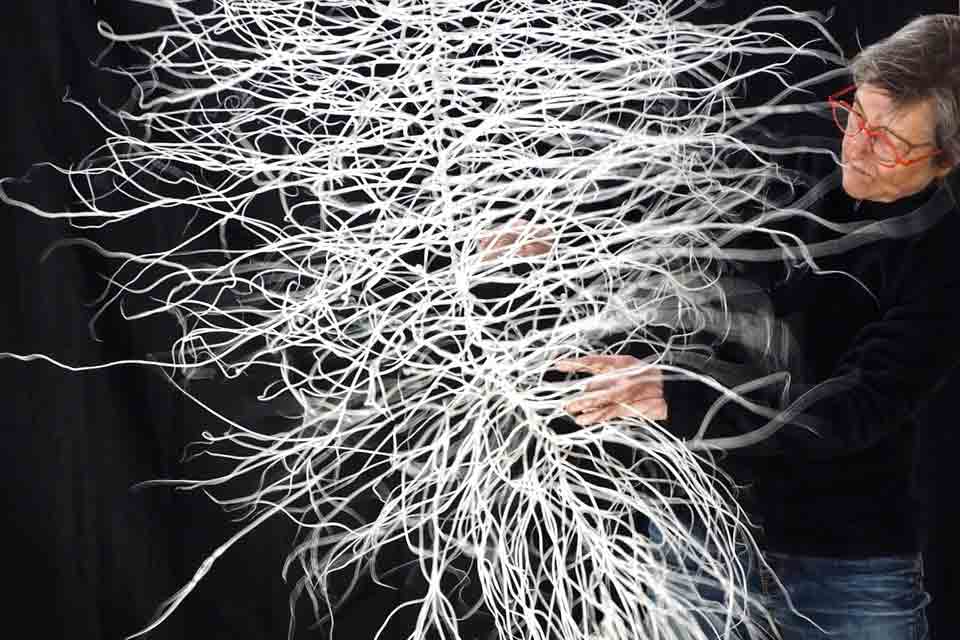 Catherine has researched historical and contemporary anatomical collections world-wide and has participated in a number of art/science- based projects.

Between 2009 and 2013 she was artist in residence in the Autonomic Neurotransmission Laboratory, the Anatomy and Histology departments and the Ian Gibbins Microscopy Suite at Flinders University, Adelaide, receiving an ANAT Synapse grant in 2011.

Catherine has been a visiting scholar at Flinders Centre for Ophthalmology, Eye and Vision Research, School of Medicine, Flinders University since 2016 and in 2019 was artist in residence at the State Herbarium and Botanic Gardens of South Australia undertaking a project titled The Visible Light Project: experiments in light and vision, investigating the creative parallels between the physiology of the human eye and plants. Currently Truman is responding to this research for a major exhibition to be held at The Museum of Economic Botany and The Dead House, Botanic Gardens of South Australia during the Adelaide Festival, 2021. Tully Arnot works at the intersection of sculpture, nature and technology. Exploring the interface between virtual and so-called real life is a project that runs parallel to the tech industry itself, but where the industry strives to ‘solve’ the problem or make life easier, Tully’s work tends to complicate the collision. Whether he is animating fake plants or taking social media to its absurd limits, Tully’s objects continually confuse reality, even after we return to it. It’s an effect he calls an ‘uncanny residue’. Tully has shown work in exhibitions across Australia, UK, Germany, Belgium, Italy, China, Russia, and New Zealand.

Tully is the recipient of the 2019 Mordant Family VR Commission. His proposed work, Epiphytes (working title) will be developed in consultation with plant scientist Professor Monica Gagliano, a pioneering researcher of plant sentience and communication. Plants will be captured in ultra HD and will exhibit natural movements that respond to the audience’s presence. The viewer will be urged to explore ways of interacting with each plant, discovering how it may respond to their touches or gestures, and in turn learning to better understand the subtle and incredibly slow movements of plants which are usually invisible to the naked eye. 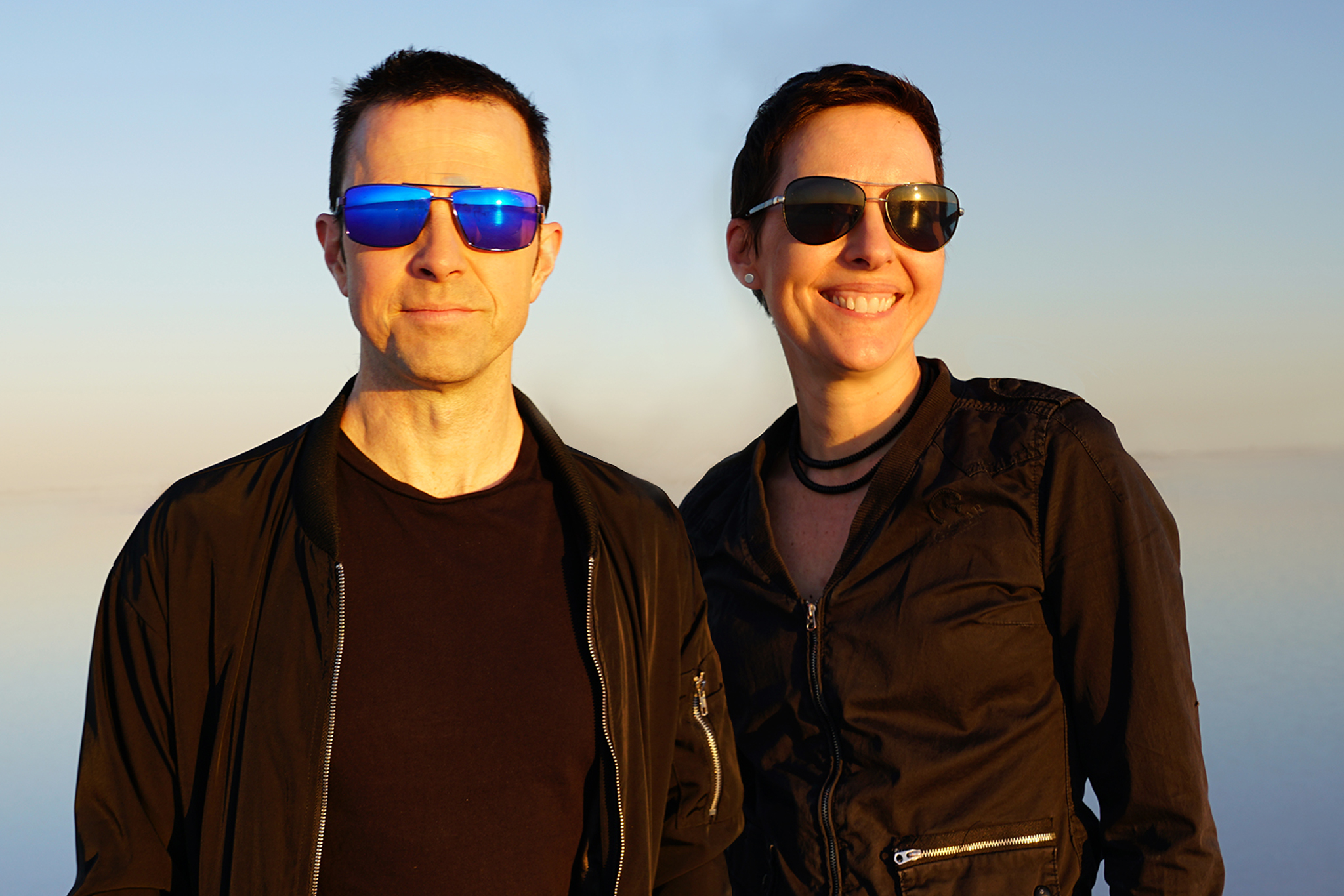 PluginHUMAN has an acute understanding of the role that technology plays in contemporary society. They reimagine new technologies to produce artistic innovations, creating meaningful large and small scale audience experiences for indoor spaces and the public arena. 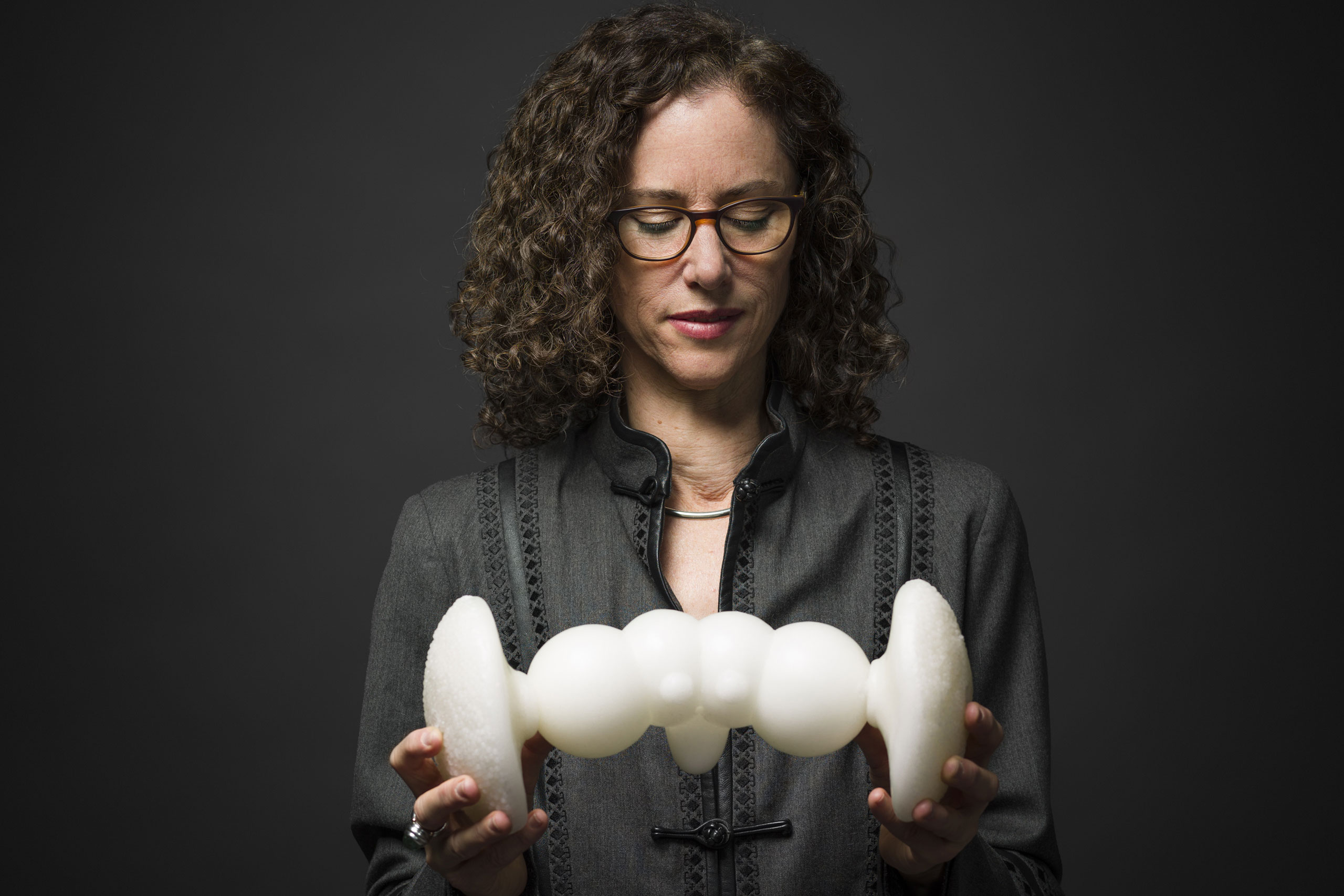 Dr Helen Pynor is an Artist and Researcher whose practice explores philosophically and experientially ambiguous zones, such as the life-death boundary. Her work is informed by in-depth residencies in scientific and clinical institutions, where she redeploys scientific methodologies and technologies in the service of ontological inquiries. 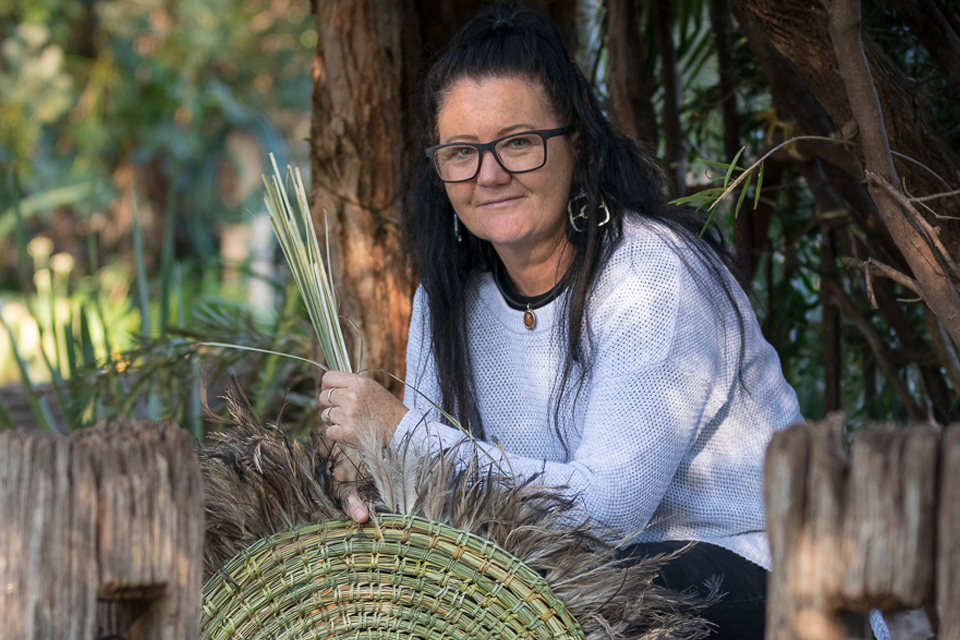 Cassie Leatham is from the Taungurung people from the Kulin Nation. She is an Indigenous artist, designer, master weaver, traditional dancer, bushtukka woman and educator. Cassie is passionate about teaching her skills to both Indigenous and non-Indigenous students of all ages. Her aim is to give participants the opportunity to learn and understand Aboriginal culture and develop knowledge of both historical and contemporary Aboriginal history.

Cassie’s work has been acquired by the National Gallery of Victoria, Koorie Heritage Trust Collection, Melbourne Magistrates Court of Victoria and is exhibited nationally and internationally. 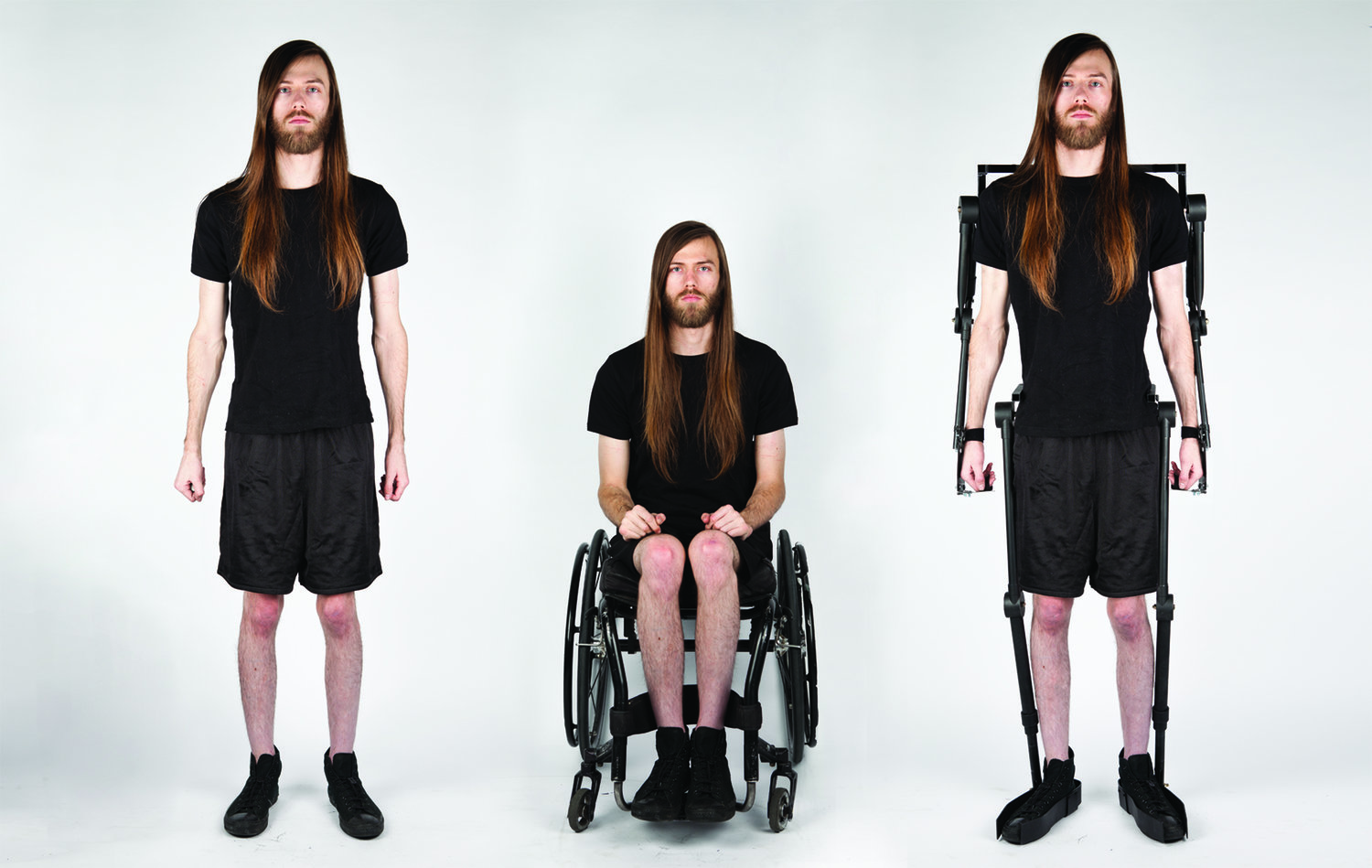 Daniel Savage is a Canberra based artist working primarily in photography, video and performance. His practice is concerned broadly with perception – investigating the way our perceptions influence and affect our interactions with art, each other and the physical world. His work is often self-referential, employing his individual experience of disability as a point of difference to engage audiences in exploring and reassessing establish ideas and preconceptions that exist within society. 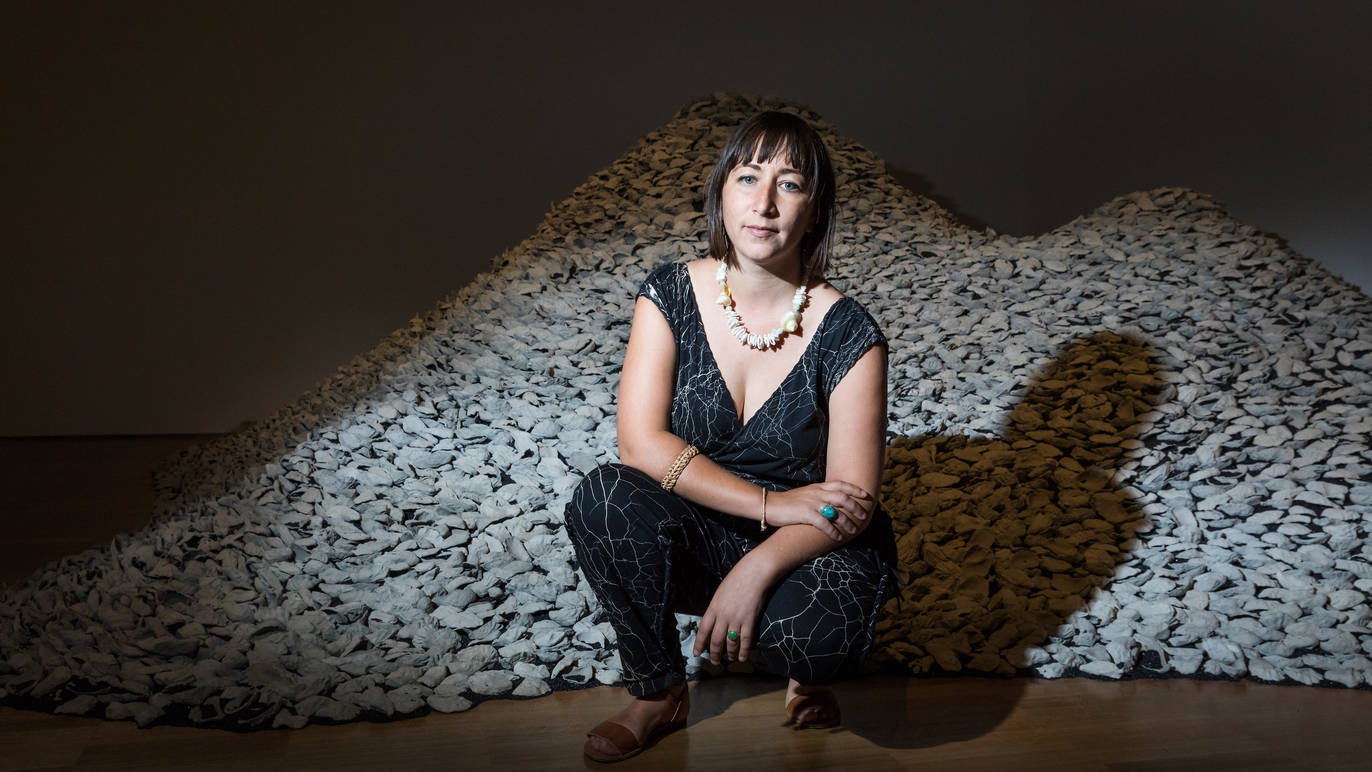 Megan Cope is a Quandamooka woman and artist from North Stradbroke island who is currently living and working in Lismore. Through diverse mediums Megan’s dynamic practice investigates themes of history, place and environment, contested identities and power. Megan’s work often resists prescribed notions of Aboriginality and become psychogeographies across various material outcomes that challenge the grand narrative of ‘Australia’ as well as our sense of time and ownership in a settler colonial state

Megan is a member of Aboriginal art collective proppaNOW and is represented by Milani Gallery, Brisbane. 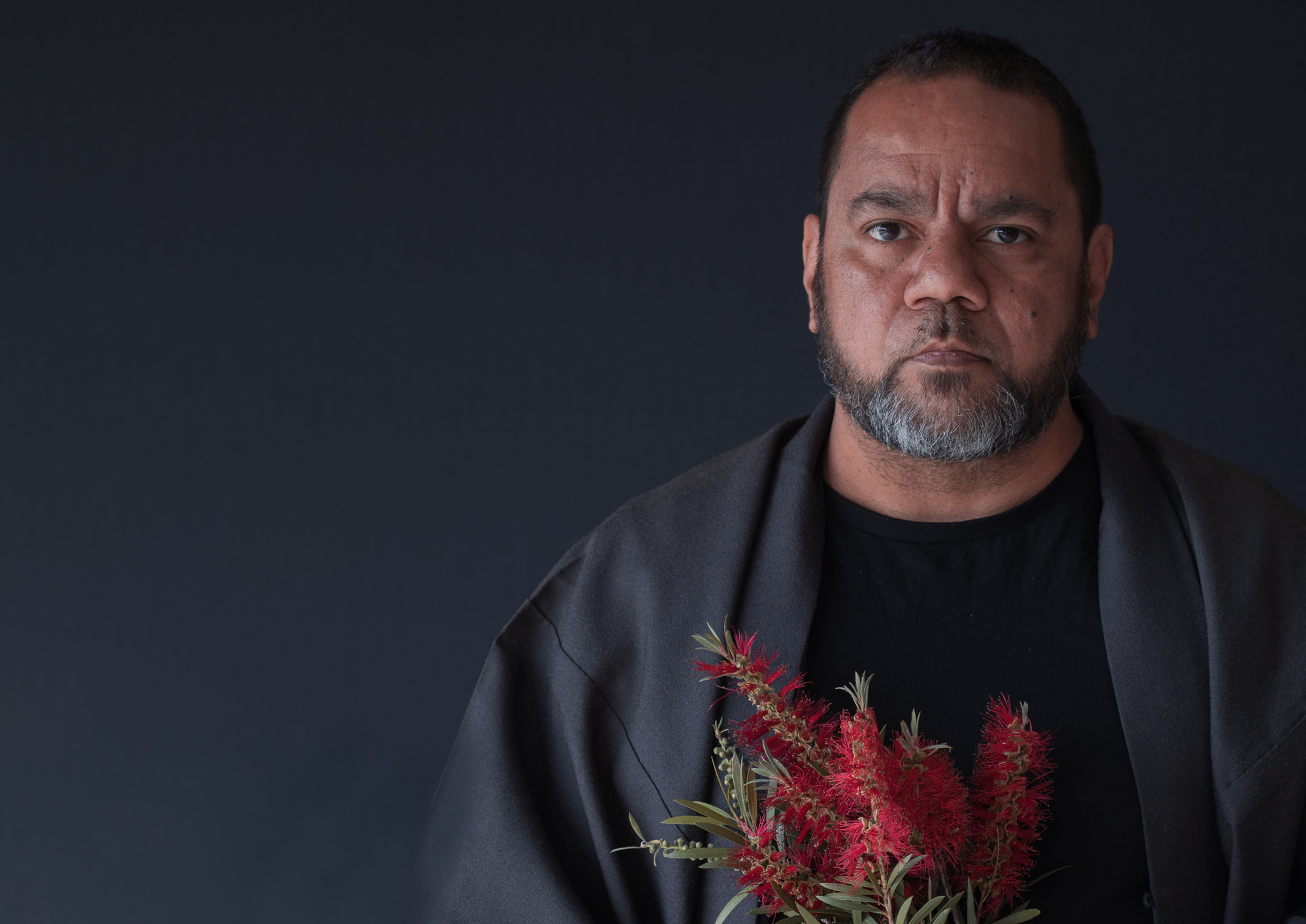 Michael Jalaru Torres is an Indigenous photographer and media professional from Broome Western Australia. As a Djugan and Yawuru man with tribal connections to Jabirr Jabirr and Gooniyandi people, Michael is inspired by the unique landscapes and people of the Kimberley region, which feature prominently in his work.